An introduction to library and other research resources for graduate students in French literature.

Europeana  In cooperation with European national libraries and publishers, the BnF works about the construction of Europeana, the European digital library providing access, via the Internet, to several million digitized documents representative of the European historical and cultural heritage.

France in America  is a collaborative project between the Library of Congress and the Bibliothèque nationale de France, France’s national library. This collection, which is presented in both English and French, documents the presence of the French in the United States from the beginning of the 16th century until the end of the 19th century. Included in the presentation are discussions of French exploration of the United States and Canada, the French and Indian War, the American Revolution and the Louisiana Purchase.

French Studies  Broad coverage of various types of sources, including literature, linguistics & culture put together by the European Studies Section of the Association of College and Research Libraries (ACRL).

Modern Language Association  Since its founding in 1883, the Modern Language Association has worked to strengthen the study and teaching of language and literature. The MLA advocates on behalf of students and teachers and provides resources to those seeking information about language study, scholarly publishing, the academic workforce, and much more.

French and Francophone Digital Humanities Projects (CIFNAL)  This guide lists Digital Humanities projects in French and Francophone Studies that are currently underway in the world.  This is a great way to discover what others are doing, what kind of projects are of interest, and also, to make new connections and foster new collaborations and partnerships. The different tabs show from where the projects originated, except for the Caribbean tab which highlights both projects designed by people in the Caribbean as well as projects about the Caribbean that originated from a different place. 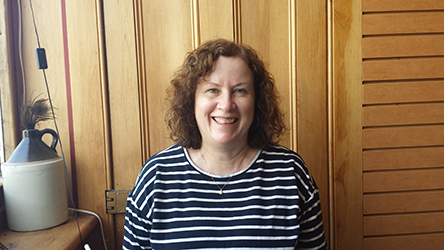 An online searchable portal to French pamphlet collections held by libraries throughout the world. The project will focus on pamphlets from 1500-1800, covering the French Wars of Religion (1562-96) through the French Revolution (1789-1799).

H-France is a scholarly organization promoting the study of French and Francophone history and culture online.  Since its origins in 1991, H-France has grown into a central source of scholarly information and publications related to French history, literature, art history, musicology, film studies, and philosophy. It publishes several journals on-line, freely available to the public.  H-France Review is the premier review program for newly published books on French history and culture in the Anglophone world.