From the 1950s to the 1970s, Japan experienced rapid economic growth, often called an “economic miracle,” and quickly recovered from the devastation of war. By 1964, Japan was regarded as an advanced industrial nation, and by 1968, Japan had developed the world’s second largest market economy. This rapid growth resulted in significant changes in Japanese society. Each Gojira movie produced from 1964 to 1975 was different in terms of its tone – from romance to sci-fi adventure, fantasy, and comedy - reflecting the very fluid and changing society of the times.

One thing is certain: in the confident days of the 1960s and 1970s, the original Gojira, which evoked deep fears of nuclear holocaust and war, disappeared from the silver screen. The production staff endeavored to create unique and powerful monsters in order to make the final showdown between Gojira and the guest monster (as well as Gojira’s inevitable victory) exciting. As a result, the King of Monsters was forced to play a supporting role and fought against menacing monsters to protect Japan and, in particular, children. Gojira became a champion of justice, a friend of children, and a strong and reliable father (or mother?) to its own monstrous son! Gojira showed its versatility and talent by playing such a variety of roles, and its performance became more and more human and comical over the years.

The Gojira series during this time introduced a number of imaginative and unforgettable new monsters. For example, Mosura (Mothra) was a gigantic colorful moth from a South Pacific Island that was portrayed as the guardian of peace in several Gojira films. The futuristic Kingu Gidora (King Ghidorah or Monster Zero) and MekaGojira (MechaGodzilla) symbolize the dreams of space travel and the promise of technology in the 1960s. However, there was another monster which revealed the tremendous costs of rapid economic development: Hedora (the Smog Monster), a creature which rose from Japan’s highly polluted air and water. Gojira, born in a nuclear blast, and Hedora, the spawn of toxic waste, were both the victims of civilization and human’s unthinking degradation of the environment. Nonetheless, Gojira kills its rival and angrily blasts apart Hedora’s body, which turns out to be polluted sludge. Gojira does not confront the real enemy of nature – that is to say, human beings - because it exists to protect them. And no character in this film delivers a clear anti-pollution message, as Dr. Yamane did in the original “GOJIRA.” All that the young people portrayed in the film do is to sing anti-pollution songs and dance with psychedelic music in underground discos and Woodstock-like fields. Their powerlessness and nihilism may be another reflection of the conditions in Japanese society after the failure of the student protest movement in the 1960s. If so, they are also another Gojira, who once attempted to upset the order of society, but were eventually tamed as a virtual pet of Japan. 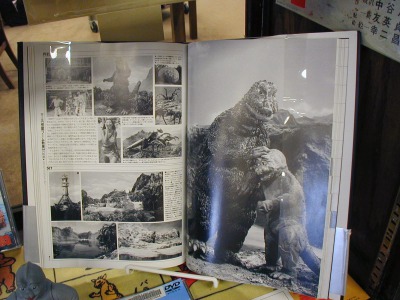 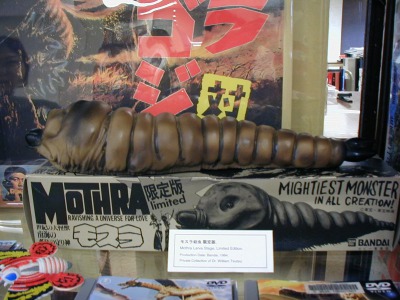 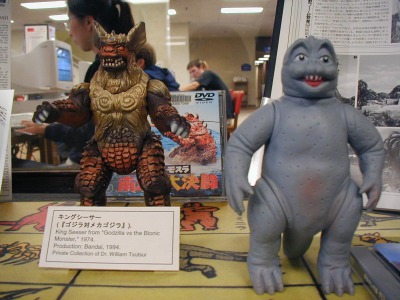 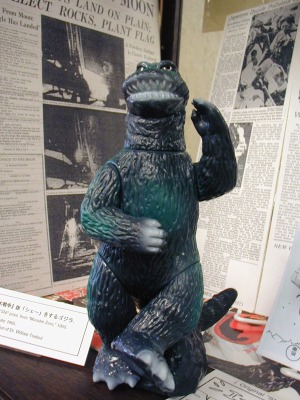 Godzilla, mimicking Iyami, one of the popular anime/manga characters, created by a comic artist Akatsuka Fujio. 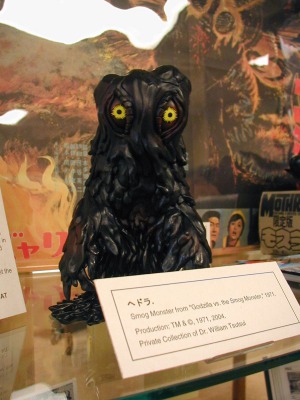 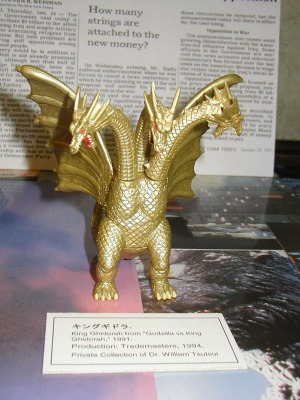