Introduction: About the 2004 Godzilla Conference/Exhibition

From October 28-30, 2004, the University of Kansas hosted "In Godzilla's Footsteps: Japanese Pop Culture Icons on the Global Stage", a conference commemorating 50 years of Godzilla, the King of the Monsters.

Dr. William Tsutsui, then a KU professor in the Department of History, was an established historian of modern Japanese history with his publications, Manufacturing Ideology: Scientific Management in Twentieth-Century Japan and Banking Policy in Japan : American Efforts at Reform During the Occupation. But among his colleagues and students at KU, he was probably more famous for his love of Godzilla. One of his childhood Halloween memories is that he wore his mother's hand-made "Godzilla" costume, which he recalled as "hilarious." His office was decorated with numerous Godzilla figures, toys, books, and other collectibles, and I used to visit Japanese special stores to get rare Godzilla items for him. Though his research on Japan initially focused on its economic history, he could not help developing the idea to shed a new, academic light on this green giant monster, and analyze the impact of this King of the Monsters in the pop culture of Japan and the world, and it is exactly this he did. He not only published a book titled Godzilla on My Mind but also organized the above-mentioned three-days interdisciplinary, scholarly symposium. The papers presented at the conference were later published.

As an integral part of this conference, I organized an exhibition at Watson Library, titled "Godzilla and Japanese Popular Culture," from October 1 to December 31, 2004. This page is to archive the exhibition and introduce Godzilla related materials held at the University of Kansas Libraries.

(Since the exhibition was held in 2004, the explanatory texts in this guide do not reflect the Godzilla series after 2004.) 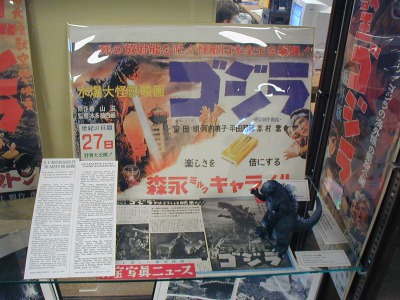 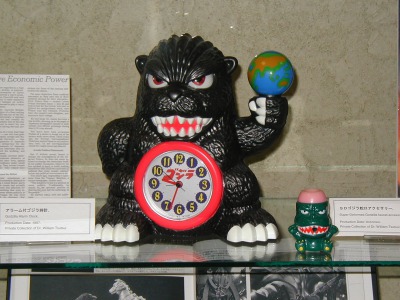 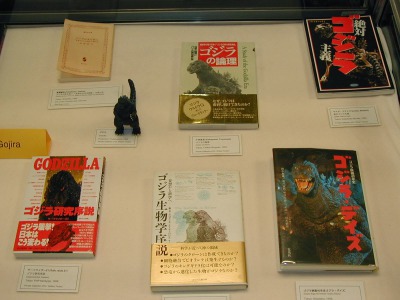 Books on Gojira, available at KU 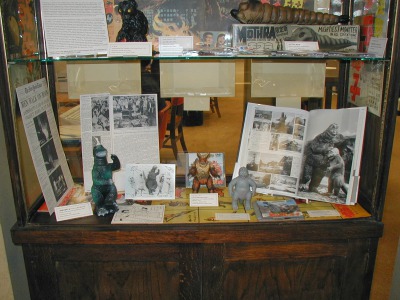 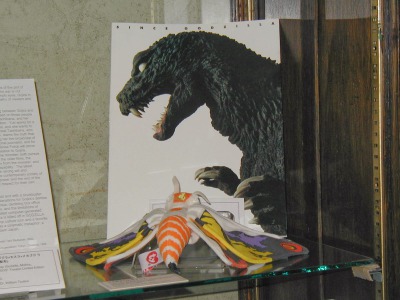 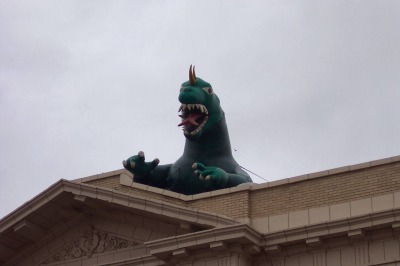 Click the image to see the pictures taken at the exhibition site and conference!