In 1984, after an interval of nine years, Gojira came back to the silver screen. Thirty years after its debut, Gojira’s image was once again readjusted, with the monster becoming a fearful force of destruction. “GOJIRA” of 1984 was an attempt at this revision, and its concept was to make a fresh start, rejecting the changes in the image of Gojira introduced over the previous thirty years. “GOJIRA” of 1984 laid the groundwork for the new series that started in 1989, a.k.a. the “Heisei series,” taken from the new era name of Emperor Akihito. The Heisei series was created by filmmakers who grew up with Gojira, and who wanted to recreate Gojira using their own interpretations and personal styles. Monster wresting was reintroduced in this series, and the most popular monsters, such as Mosura (Mothra), Kingu Gidora (King Ghidorah) and MekaGojira (MechaGodzilla) also returned. While confronting these rivals, Gojira travels all over Japan, visiting new sightseeing spots and destroying modern landmarks one after another, including the Tokyo Metropolitan Government Office (opened in 1991), Yokohama Land Mark Tower (opened in 1993), and Chiba Marine Stadium (opened in 1992).

Gojira thus recovered its original identity as the god of destruction. Some force was then needed to confront Godzilla and eventually destroy it; the Heisei series introduced a strong military unit known as G-Force, which was equivalent to the Self Defense Forces (SDF) of Japan.

Both the SDF and Gojira were born in 1954. Yet the existence of the SDF has been controversial, largely owing to Article 9 of the Japanese Constitution, which renounces “the right of belligerency” and the maintenance of “land, sea, and air forces, as well as other war potential.” Though the establishment of the “Self Defense Forces” was a demand of the Cold War era, its existence has been in conflict with the ideology of Article 9 and a target of criticism from the anti-war movement in Japan. However, the issue of dispatching the Self Defense Forces as members of the multinational force in the Gulf War of 1991 changed the environment in Japan concerning the role of the SDF. The Japanese government sent minesweepers to the Persian Gulf, thereby succeeding in the first overseas deployment of its “defense” force. The Law on Cooperation in United Nations Peacekeeping Operations was enacted in 1992, thereby making it possible for the SDF to join in UN peacekeeping activities.

Reflecting these developments, in 1993 the Heisei series depicted G-Force units under the control of a United Nations Godzilla Countermeasures Center in Tsukuba, Japan. With the assistance of the United Nations, Japan obtained MekaGojira (MechaGodzilla), a monster once produced by the aliens (1974-1975) and an incomparable weapon to use against Gojira. 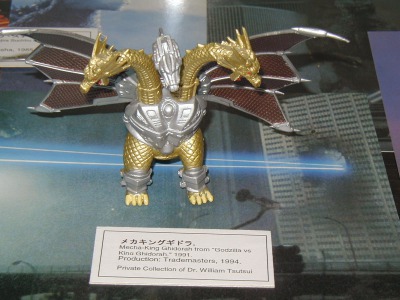 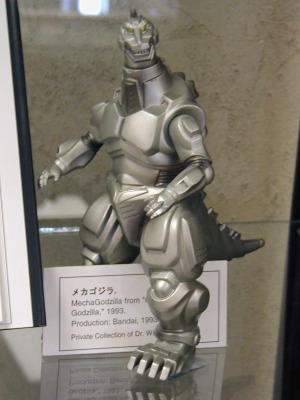 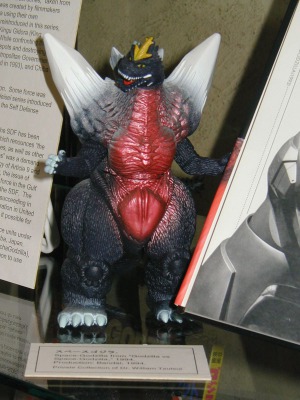 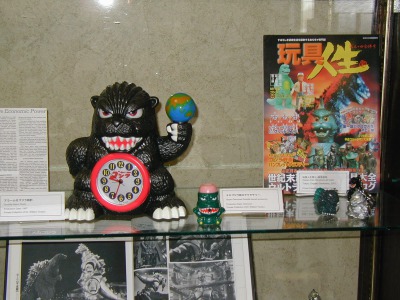