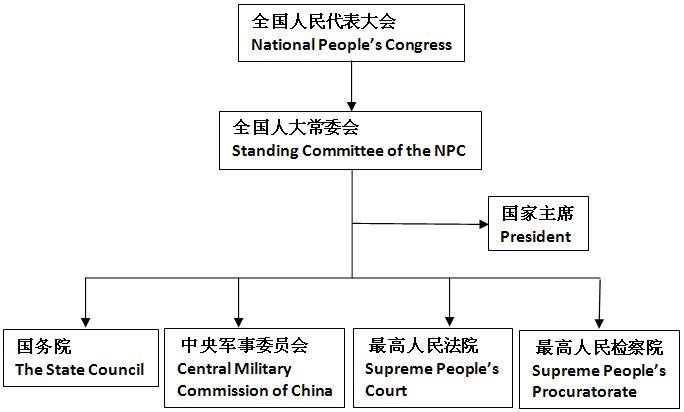 As one of the oldest legal traditions in the world, Chinese law came into existence along with Imperial Confucianism in the Han Dynasty (around 1st Century BC) and this tradition still deeply influences contemporary Chinese law in many areas. The modern legal system of the People’s Republic China (PRC)  has also been influenced by the European civil law system.

The three legal branches in China are quite different from the United States'. The legislative house in China is the National People’s Congress. The highest court is the Supreme People’s Court.  The executive power is vested in State Council, which is also known as central government. However, in reality, all three branches are under the leadership of the Chinese Communist Party.

Starting in the 1970's, Deng Xiaoping inaugurated the Socialist market economy. Accordingly, the rule of law was engraved into the society as a measurement to maintain the socialist market economy system. For more details please refer to the Rule of Law in China by Professor Eric W. Orts from the Wharton School, University of Pennsylvania.